Perhaps you were watching my travels throughout this great State of Alabama this weekend on Facebook.

You may wonder what I was doing, you may also wonder what made me pay visits to the many statues and gravesites in multiple cities.

Well, since sports have been basically nonexistent since mid-March, I have come across a newfangled hobby, touring cemeteries; both virtually and physically to pay respects to those that are no longer here in bodily form, but rather in the presence of God.

On Saturday, I visited a statue dedicated to the memory of Booker T. Washington, a mid-19th-century and early-20th-century social reformer, who believed in hard work, and self-education.

On Sunday, Dad and I took a family friend with us to Mobile, Alabama, to visit multiple cemeteries with several early-Mobile notable figures.

Our first visit Sunday, was to the notoriously haunted, Church Street Graveyard, where the man who created a Mardi Gras Revival in 1866 and 1867, is buried.

Perhaps you’ve heard of him, Joseph Stillwell “Joe” Cain Jr. while in Church Street Graveyard, we saw the famous Boyington Oak that stands just outside the Northwest corner of the 19th-century New England churchyard-style cemetery atop the grave of Charles Robert Stuart Boyington, a mid-17th-century printer and gambler, whom moved to Mobile in search of a better life than the one he had experienced in his hometown of New Haven, Connecticut.

Mr. Boyington, allegedly had become friends with Nathaniel Frost, whom owed him money from one of their poker games but refused to give Boyington the money.

As a result, Mr. Frost would be stabbed, robbed, and left for dead inside of the Church Street Graveyard.

Mr. Boyington would be framed as the suspect, taken into custody, and hanged in 1835. According to legend, his last words, as his feet dangled from a tree at Oakleigh, which is now historic landmark, were “A tree will grow from my heart to prove my innocence.”

After our stop to visit Alabama’s third-most haunted burial ground, the three of us made our way to the 120-acre Magnolia Cemetery just down the road, to pay respects to Confederate States Army General Braxton Bragg, whom I claim is my namesake. We also saw numerous graves of confederate soldiers.

Next, we travelled to the 19th-century, Saluda Hill Cemetery, in Spanish Fort, Alabama, to visit the grave of Zachariah Godbold, the only known Revolutionary War veteran buried in Baldwin County, Alabama.

Moral of the story, pay respects to those that came before anyway you can, you never know what you’ll run across in the process.

As Independence Day is just around the corner, remember what this day is for.

244 years ago tomorrow, our Founding Fathers signed their names on the Declaration of Independence.

With all the negativity going on in the world these days, put all of that aside and be glad that we’ve been free for 244 years.

Think about all the people that lost their lives fighting so that we could live in this beautiful country freely.

Put all your differences aside and realize that no matter your race, you are an American. You live freely because of our Founding Fathers.

Tonight or tomorrow when you’re partying, barbecuing or what have you, take a moment and be thankful to live in the United States of America.

Be safe, God bless you, and God bless the United States of America.

Ever since this pandemic started several months ago, I haven’t watched the news, I’ve avoided watching tv as much as possible.

Every night before drifting off to sleep, I try to read the Bible. Recently, I read Isiah 41:10 and it got me thinking, you know, we may act like sports need to hurry up and resume, but they can wait.

Just yesterday, a friend of mine posted on Snapchat a picture that read “Sometimes, you are delayed because God knows that there is a storm headed right in your direction.” I can’t think of a more fitting picture to post during times like these.

There is light at the end of this pitch black tunnel that we are all in right now. Someday, we will be giving hugs again to the ones that we love and shaking hands with friends.

God Bless and be safe.

No matter what you do, even if it’s the right thing, people will doubt you for the rest of your life.

Don’t listen to them, go out there and make them eat their words. People will say things like, “You’ll never be anything in life”, “You’ll never do anything,” you’ll never accomplish that,” and so many other things along those lines.

Take those statements and use them to fuel the fire inside of you. You will have doubters your whole life.

But it’s all about how you view those statements. You can either use them to inspire you or you can choose to believe them and live a miserable life.

People will constantly try to crush your dreams. That’s just the way some people in this world are, they find satisfaction in dragging you and your dreams down.

You have to be willing to show them that they did nothing but inspire you to work harder.

While they think they’re killing you mentally, all they did was feed the lion that is within you.

You can’t listen to everything people say. You have to be relentless. You have to take those words, use them as motivation, and remember what those people said when you feel like giving up.

You see, if you give up on your dreams, all you will do is prove that those people that doubted you were right in the beginning, you are admitting that you are mentally weak.

If you don’t take those words and remember them when life knocks you off of your feet, you won’t be successful.

If you let the doubters win, you are admitting that they are mentally stronger than you are.

People will try to delay the timing of your dream every single day of your life.

Don’t let those people control you mentally you must believe in yourself and your dream.

You must use the words people say as mental fuel. You have a lion in you, don’t let your doubters win. Keep going, keep pushing, keep moving forward.

Failure doesn’t exist, nothing is limiting you. The world is yours for the taking.

Everything you have ever wanted to achieve is right in front of you.

Everything you ever wanted is staring you right in the eyes.

It’s your responsibility to fight for what you want.

Don’t stop fighting until you are standing on top of the world. You have what it takes to accomplish everything you ever wanted.

But do you want it bad enough? Are you hungry enough to chase your dream?

Find that lion inside of you, keep feeding it motivation, one day, that lion will roar, one day you will have everything you had ever dreamt of. One day, you will stand on top of the world.

As I type this, I’m listening to motivational speaker, Les Brown, and said something that really caught my attention.

You can accomplish any goal or dream that you might have in this life if you have the right mindset.

But, mindset isn’t everything, the environment also a lot to do with your success rate and so do the people that you surround yourself with.

Just a few minutes ago, Les said “Everybody don’t want you to win, everybody won’t be a part of your dream, you have to ask yourself, ‘”Who can I count on and who can I count out.'”

You see, when I heard that, it dawned on me, there are people that are just in your life because it benefits them.

Those people aren’t meant to be a part of your dream, they just want to be associated with you.

Everybody won’t be in your corner, there are people who will be in the opposite corner rooting against you, but will act like they are in your corner when they are around you.

Then, there are people who will be in your corner and support you no matter what, those are the people that you need to surround yourself with.

Surround yourself with people who aren’t just around you to benefit from your past successes because those are the ones that will be with you even after you have reached your dream.

You have the power in you to create a better life. But are you willing to sacrifice those people that drag you down, in order to find those who will bring you to the top? 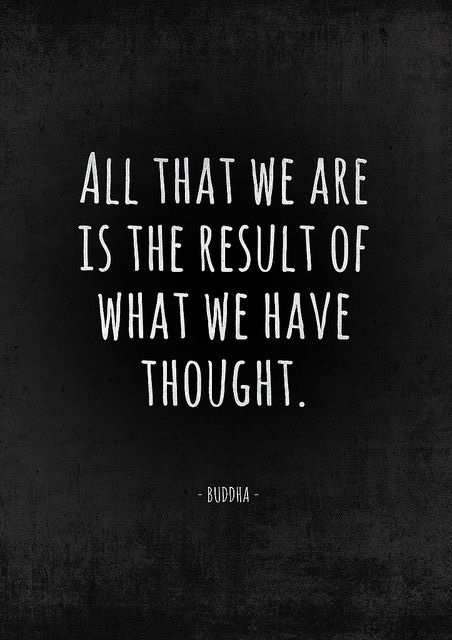 I know lately, I haven’t been writing about sports, but this is something that needs to be written.

Often times, we find ourselves too wrapped up in our busy lives to really sit back and think about why we get to live our lives freely.

It’s because of every single selfless individual that has the courage to fight for us and our freedom.

We are free because of the many hours, days, and years that our veterans have spent away from their loved ones, unsure of what the outcome may be.

But even with that uncertainty, they constantly serve this country with no regrets.

Truth is, they don’t do this for themselves, they do this because they have to. They serve this great country because they love this country that much.

President Donald Trump says “Make America Great Again” but in my eyes, this beautiful country has always been great because of the outstanding, selfless men and women that risk their lives daily just to keep their homeland’s freedom.

Over my 21 years of life, I have had the honor of knowing and working with numerous veterans of all branches and I make sure each of them knows how thankful I am for their service.

If you have a veteran in your family, are friends with one or run across one in public today, be sure to thank them for their service.

Because without them, where would we be? 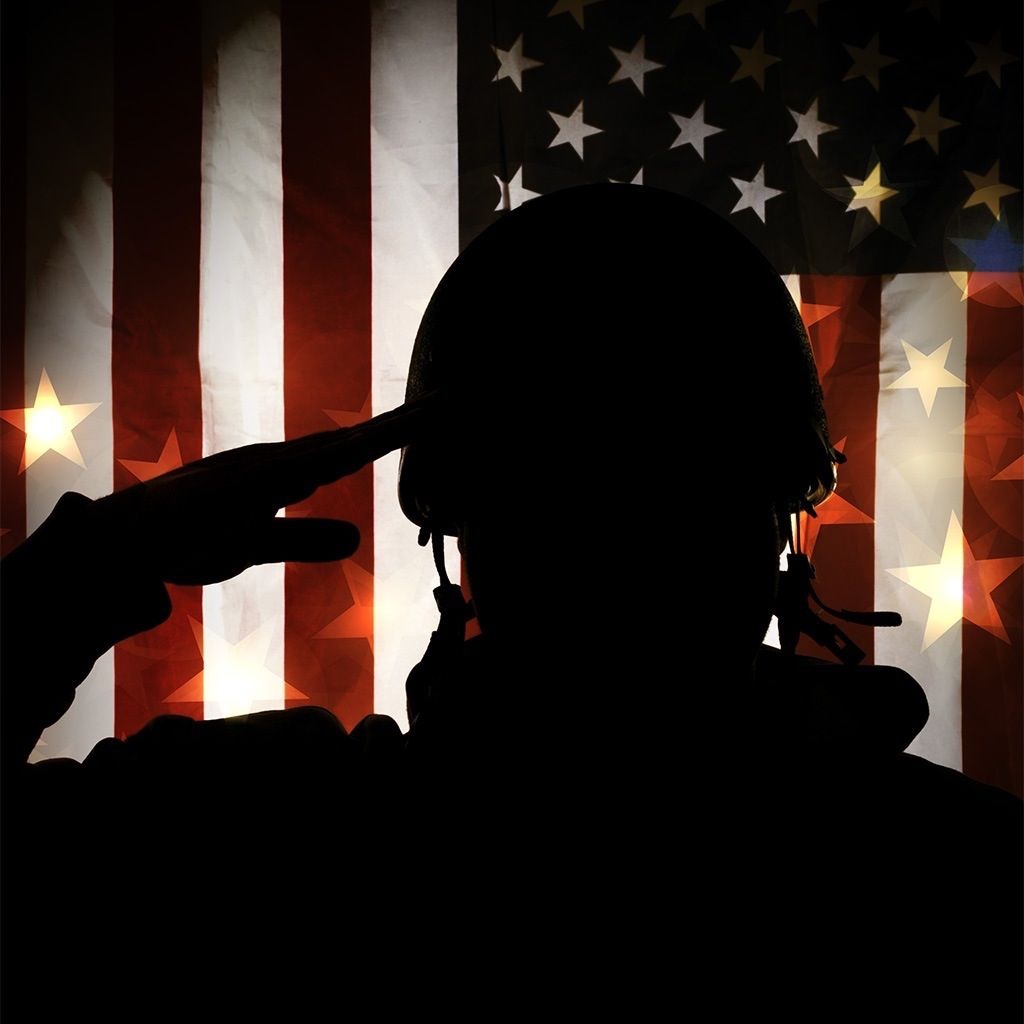 Today is about more than barbecue, beer and partying. It’s about honoring those who gave the ultimate sacrifice while fighting for the freedom that each and every one of us enjoys today. It’s about honoring those who didn’t make it home, those who died heroes. Many times a year, we find ourselves too wrapped up in our own lives to realize why we have the freedom and those who died so that we, as Americans could have the freedom that we so often, take for granted. Freedom isn’t free, there was a price that had to be paid and thousands paid that price when they unselfishly laid their own lives so that we could experience what it’s like to be free. To all those who were killed for us, we thank you for your sacrifice, bravery, and service and to those who made it home, we thank you for your service. Don’t forget what this day is really about while you’re on the lake, beach or where you may be. It’s about those who left families behind to grieve. Those who never made it out of uniform, those who never came home. 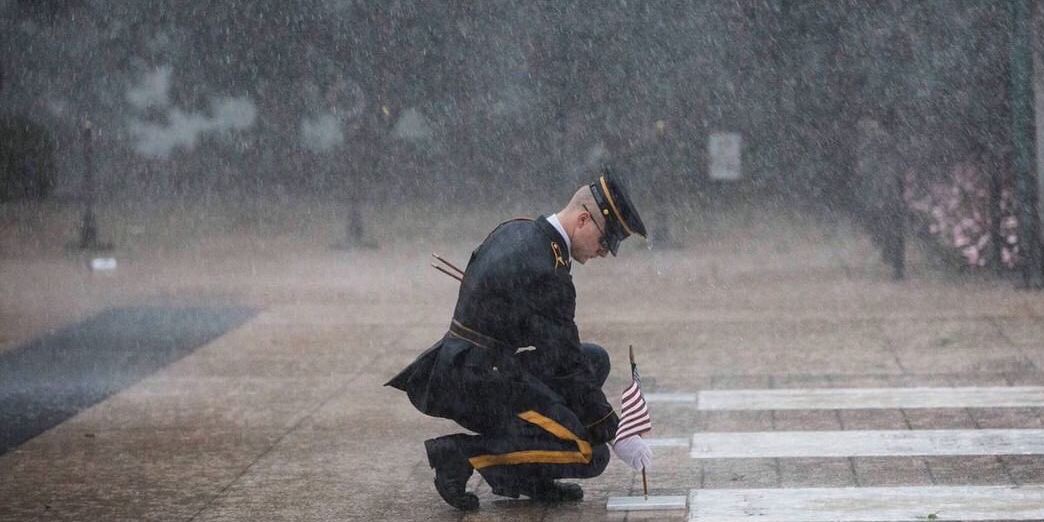