Tuesday night, the Los Angeles Angels of Anaheim resumed their series in Arlington, Texas, after postponing game one of what was scheduled to be a three-game series against the Texas Rangers. The first game of the series was postponed due to the sudden passing of 27-year-old starting pitcher, Tyler Skaggs. Before Tuesday night’s game, the Angels posed with Skaggs’ jersey and hat, as well as hung his jersey in the visiting dugout. In addition to posing with the jersey and hat of Skaggs, the Rangers had “45” stenciled into the back of the pitcher’s mound as their way of paying tribute to the Santa Monaco, California native that passed unexpectedly on Monday afternoon in the team hotel in Southlake, Texas. Both teams paused for a moment of silence ahead of first pitch in Tyler Skaggs’ honor. Skaggs wore number 45 as a member of the Angels. For the remainder of the season, the Angels will wear a “45” patch on the chest of their jerseys. The patch is placed across the heart. Skaggs was originally scheduled to pitch the day he passed. The cause of Skaggs’ death will not be released until the end of the season, according to sources. 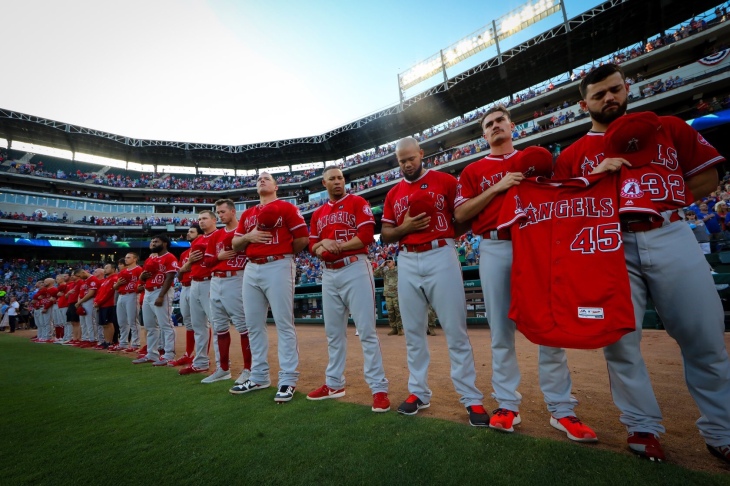 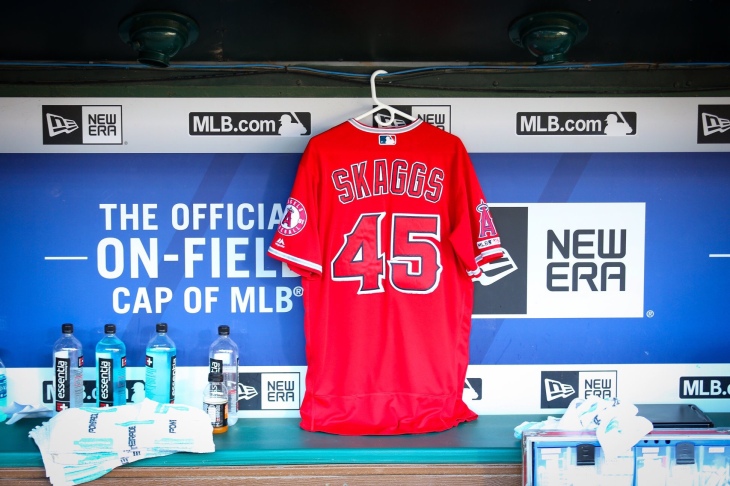 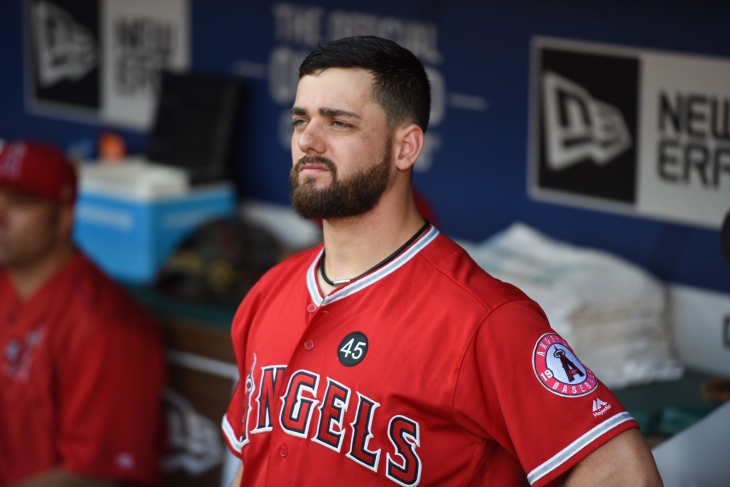 Monday seemed like an ordinary Monday for the Los Angeles Angels at first. The team was getting ready to face the Texas Rangers in a 7:05 p.m. CT first pitch. All of that took a sudden turn for the worst at 2:10 p.m. CT when Southlake Police Department personnel found former Arizona Diamondbacks and Los Angeles Angels starting pitcher Tyler Skaggs unconscious and unresponsive in a Southlake, Texas hotel room after responding to a call of an unconscious male, Skaggs was just 27-years-old. Reports say that foul play is not suspected and neither is suicide. It seems the Angels can’t catch a break, they lost former teammate and Atlanta Braves pitcher Tommy Hanson in 2015. As well as 22-year-old Nick Adenhart in 2009 shortly after making his MLB debut. Tyler began his major league career in 2012 with Arizona. In his 5-year major league career, Skaggs pitched in 96 games, going 28-38 with a 4.41 ERA in 520.2 innings pitched. He struck out a total of 476 batters over his career. He married Carli Skaggs in October 2018. Skaggs was set to turn 28 on July 13th. Rest In Peace Tyler, you will be missed.