I’ve always loved the game of baseball. Everything about the game has provided me with an escape from reality for a few hours.

But few places, if any, provide me with the escape from reality quite like Bazemore Field, home of Wetumpka Baseball.

You see, most of you might view that place as just any old baseball field. But to me, that diamond is home.

After all, it is where my life-long dream became a reality on an early-April day in 2013. It’s the one place that I can go and not have a single worry in the world.

If you’ve been to a Wetumpka baseball in the past seven years, you might have looked up in the press box and seen me preparing for a game.

Or perhaps you’ve seen me with my hat off and head down in the left-hand corner of the press box, praying before a game.

That diamond isn’t just an ordinary baseball diamond, or just some place I go to pass the time.

Bazemore Field is home. It’s the place my life-long dream became a reality. There’s just something about that place that no other place compares to.

When I climb the steps and step into the press box at Bazemore Field, it’s as if I never left.

I’m looking forward to creating more unforgettable memories there in 2021.

In my seven years as a baseball broadcaster, I have heard multiple times “Baseball is boring,” “Baseball is so slow,” and “I hate baseball, there’s not enough action.”

Often times when I’m behind the microphone, I get asked the question “What made you want to become a broadcaster, did you just wake up one day and decide to be a broadcaster?” I’m also asked, “How do you stay entertained during blowout games?”

My answer to the first question is, “I grew up around the game and was forced to stop playing the game by age eight from a broken finger that I sustained while bunting the ball. But God knew my future wasn’t in playing the sport, but analyzing it.”

My answer to the second question is, “In between innings during any given baseball that I am broadcasting, I can be found dancing, yes dancing, to the music that I play during that time.”

More often than not, people think that the sport doesn’t require much thinking, that it just comes natural. But in reality, it requires a ton of thinking.

You have to understand the fundamentals of the game, obviously. But then you also have to put yourself in the coaches shoes and visualize what you would do if you were the coach of the team in that particular situation.

You also have to study the game a ton. During your time off, you have to sit down and study different games.

It’s a thinker’s game, but it’s also about the people who play and coach the sport. You have to build a relationship with the coaches and players alike.

The game of baseball in my opinion, is the best sport on the face of the Earth. Not just because of my broadcasting career, but also because of the relationships that I have built with multiple coaches and players.

Learn to love the game and the people involved with it.

2019 was a rough year to be a sports broadcaster and journalist, I can’t remember a more deadly year surrounding one industry.

Sure, there have been more deadly years in the past, but I can’t remember when they were.

Maybe it’s because I am still in shock at the amount of sports broadcasters and journalists whom were welcomed into heaven over the past 365 days.

2019 started out pretty smooth, and then on May 25, 2019, things took a turn for the worst when then-Auburn Baseball, Basketball, and Football Voice, Rod Bramblett, and his wife Paula were killed by a teenage driver who was under the influence at the time of the crash and topped out well over the speed limit.

On December 24, 2019, ESPN’s Edward “Ed” Aschoff passed away after a brief battle with pneumonia at the young age of 34.

On December 28, 2019, Louisiana Sports Journalist, Carley McCord, the daughter-in-law of LSU OC, Steve Ensminger, was killed in a plane crash in Lafayette, Louisiana while on her way to Mercedes-Benz Stadium in Atlanta, Georgia, to watch the Tigers in the College Football Playoffs Semifinals against Oklahoma.

While 2019 was a trying year for sports journalists and broadcasters like myself, I hope 2020 takes it lighter on this industry too many people with bright futures in this industry were lost in 2019. 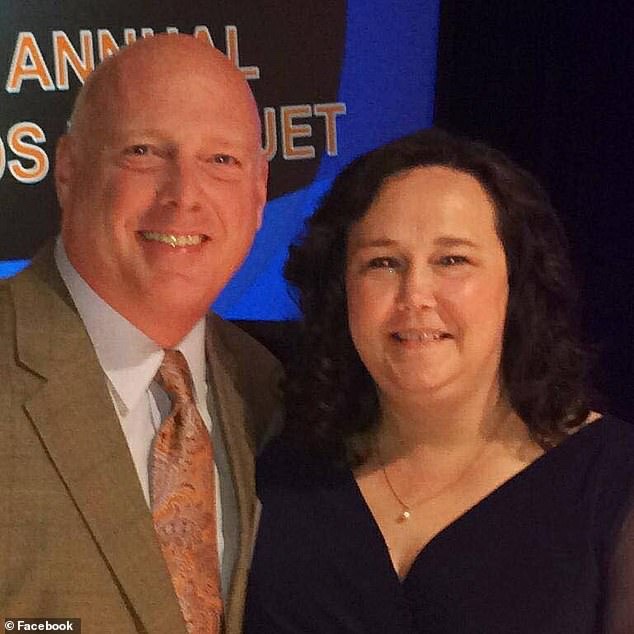 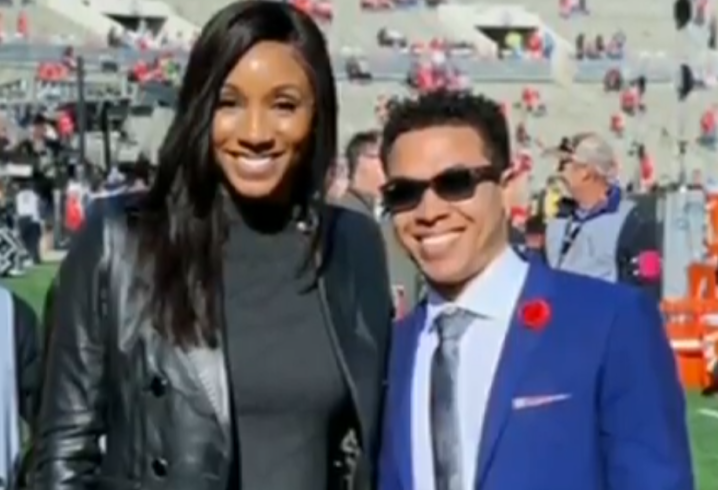 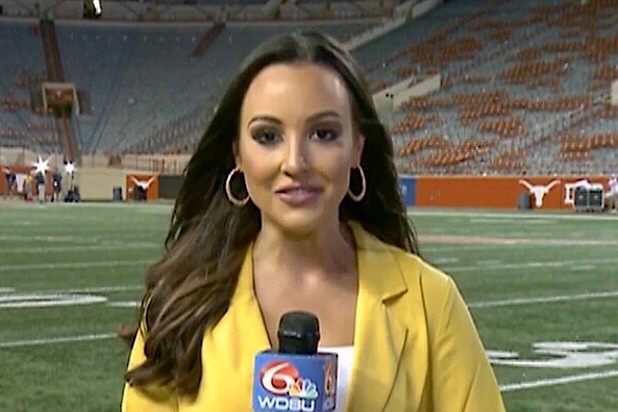 It’s still so hard to believe that in less than three months, I will crank the speakers up and let my voice be heard at Bazemore Field in Wetumpka for the seventh year.

If you know me, you know how many hours I practiced announcing when I was little, it’s the only way that I could be around sports due to the fact that I didn’t play sports for long when I was a kid.

I played baseball until I was eight, because I broke my finger bunting a baseball when I was seven.

From that my moment on, I knew that the only way that I could see my dream flourish would be to pick up a microphone.

Over the past six years, I’ve had the honor and privilege of announcing for numerous then-future MLB draftees, announced in the AHSAA Class 6A State Baseball Playoffs, visited several colleges, and so much more.

In 2020, I plan on making many more new, unforgettable memories and sarcastic remarks, behind the microphone at Bazemore Field.

Here’s to seven years of living my dream, the best is yet to come. 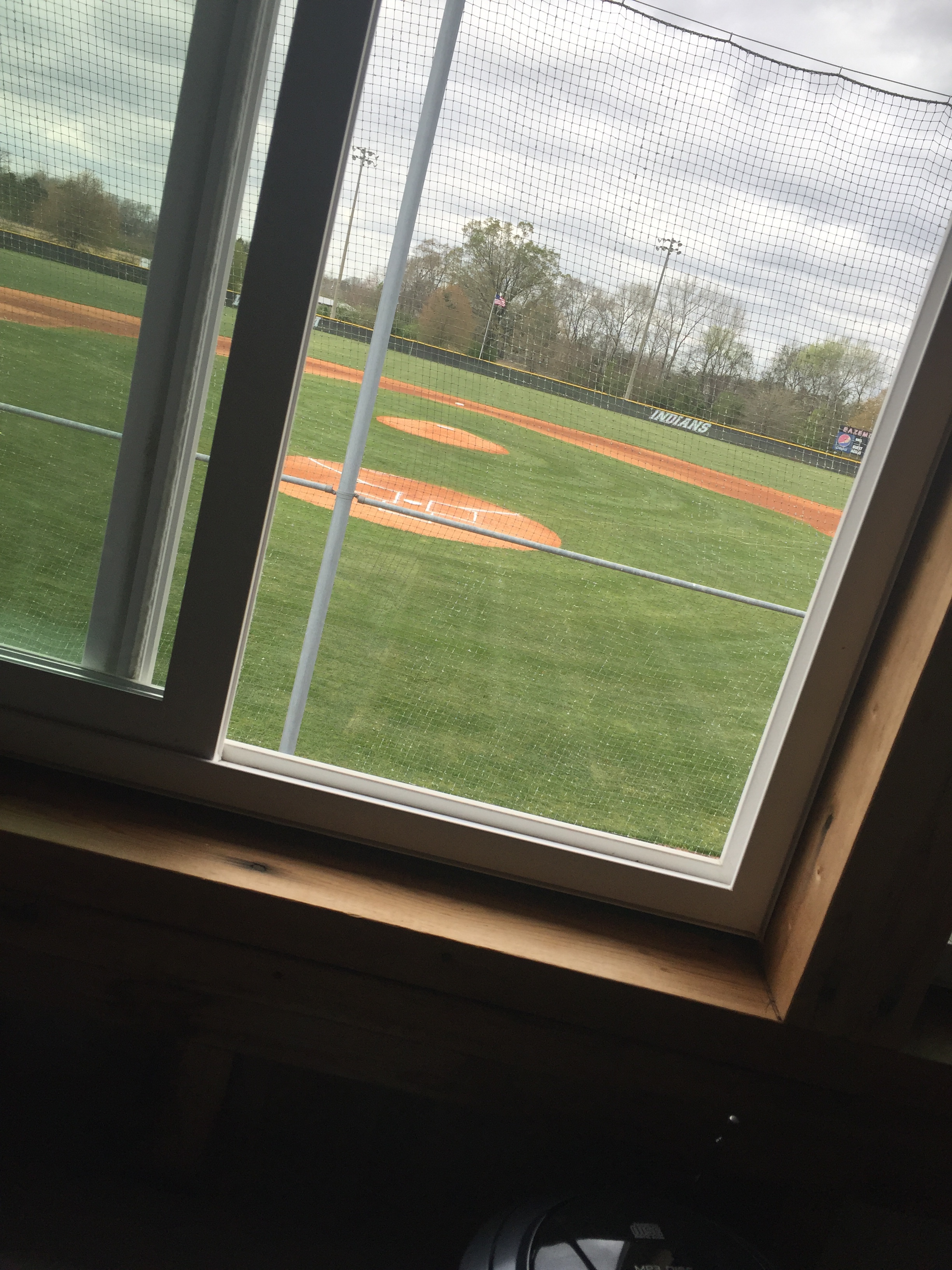 Just after mid-day on Monday, the news broke around the State of Alabama that Andy Burcham, the longtime color analyst for the late Rod Bramblett had been named the new ‘Voice of the Auburn Tigers’. While I’m sure that this move had to be a tough one on Burcham, it just seems fitting. As Rod and Andy had just celebrated 25 years of broadcasting Auburn Baseball games alongside each other a few weeks before Rod and Paula Bramblett’s untimely and sudden death. Andy has been in the broadcasting industry since 1988. The 2019-2020 season will mark Burcham’s 32nd year in the industry. Personally, I don’t think I could’ve taken the job under these circumstances, but somebody has to do it and I know without a doubt, that Rod is smiling down from heaven knowing that his longtime friend and colleague, Andy Burcham, has been selected to assume the role that Bramblett held for so many years. While you will never be able to replace the silky, southern voice of Rod Bramblett, now is the time for Andy Burcham to cement his legacy alongside Bramblett and Jim Fyffe as ‘The Voice of the Auburn Tigers’ and Rod wouldn’t have it any other way. In a sense, Rod is simply passing the headset to his right-hand man, Andy Burcham. 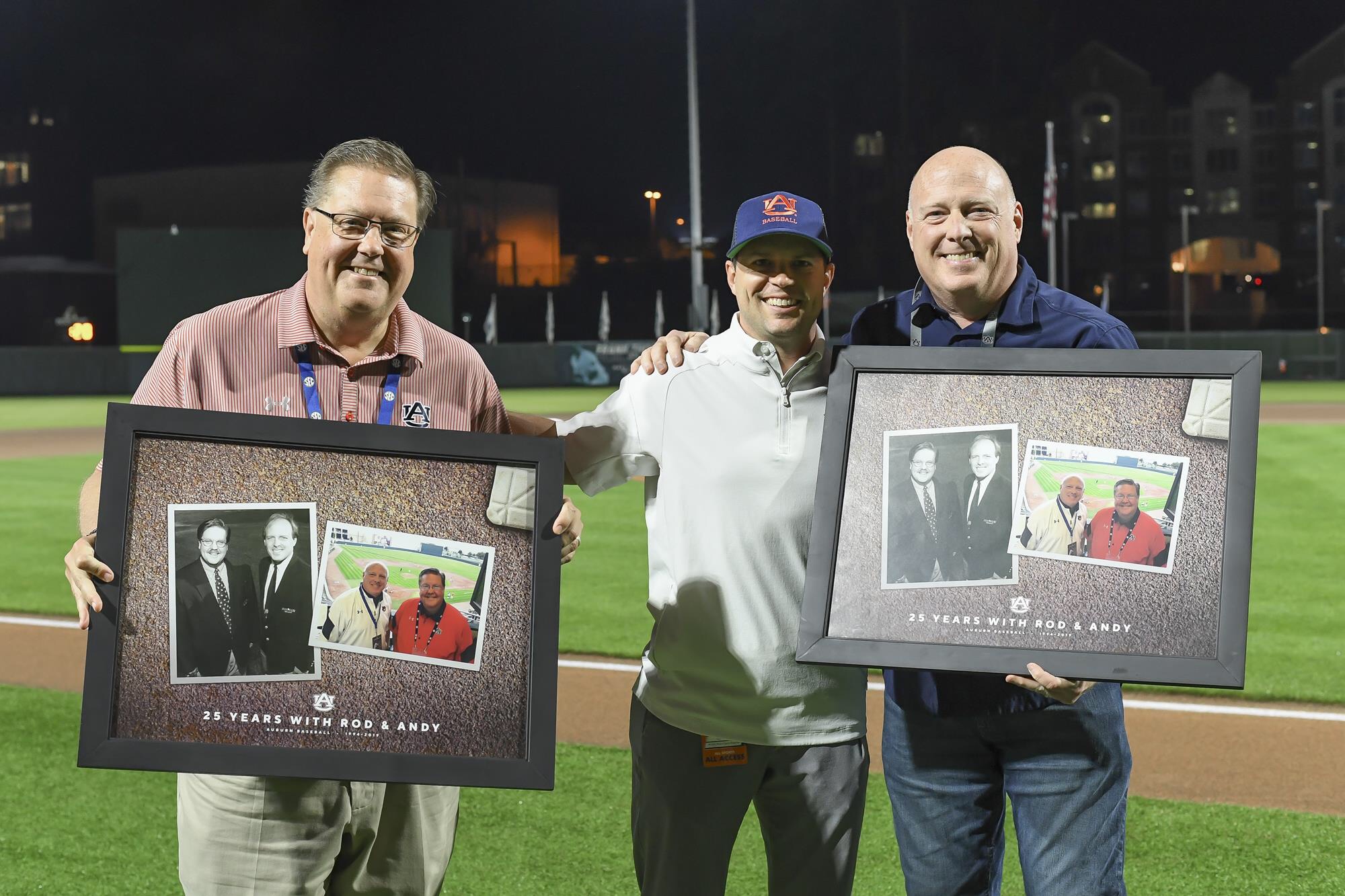 Normally, I write about Braves Baseball, but tonight I decided to write about football, a sport that I haven’t written about yet. We all love football season, the sights of traditions, the sounds of helmets colliding, whistles blowing, rowdy fans screaming at the referees from the stands and all of the things tied in with the sport of football, especially college football down here in the South, where it’s all about the Iron Bowl and Alabama and Auburn, it’s about bragging rights when it comes down to it. But for me, a Tennessee fan, I just hope we make it to a bowl game, sadly. In just a few weeks, Florida and Miami will kick off the football season on August 24th at 6pm. As for me, a multi-sport broadcaster of almost seven years, football season is without a doubt the busiest time of the year me. During football season, I take on the responsibilities as The Voice of Wetumpka High School JV games, Wetumpka Middle School games and Wetumpka 9th grade football games. Many of you may asked ‘what do you do during the time between multiple sports?’ Here’s your answer, get ready for the next sport. In the past, I have broadcasted sports ranging from baseball to basketball and everything in between, so I don’t get much down time, but, it’s what I was born to do, so I’m not complaining. This will mark my 4th year as a football broadcaster and 7th year overall and if it’s anything like the past six, it will be incredible. Needless to say, I’m ready for the busiest months of my year. 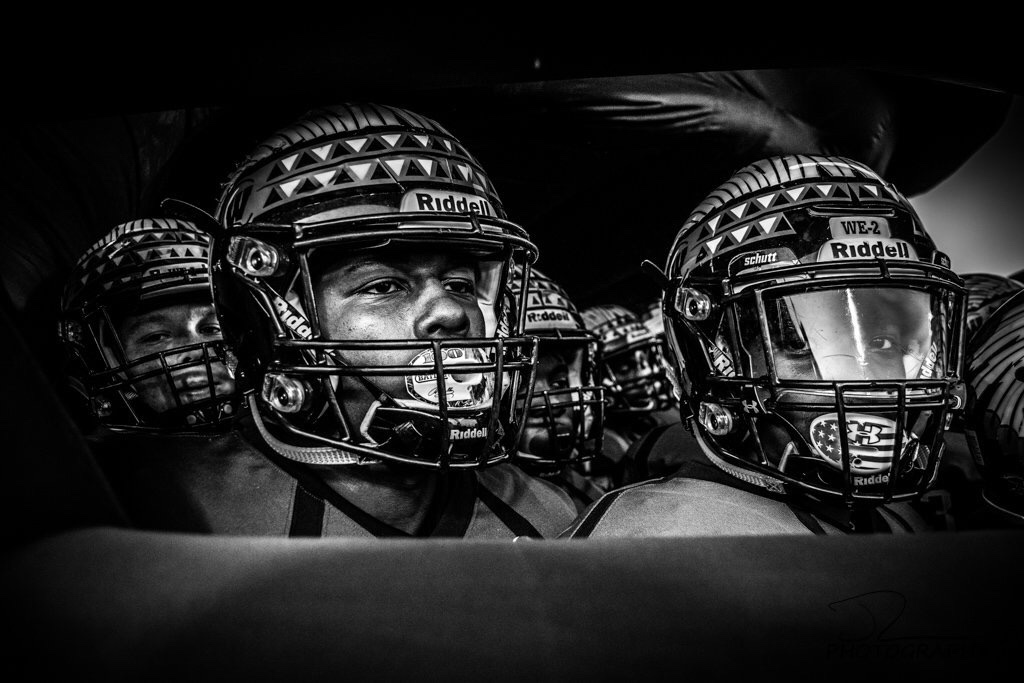 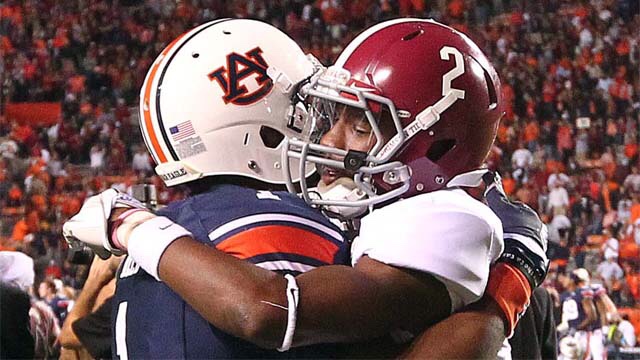 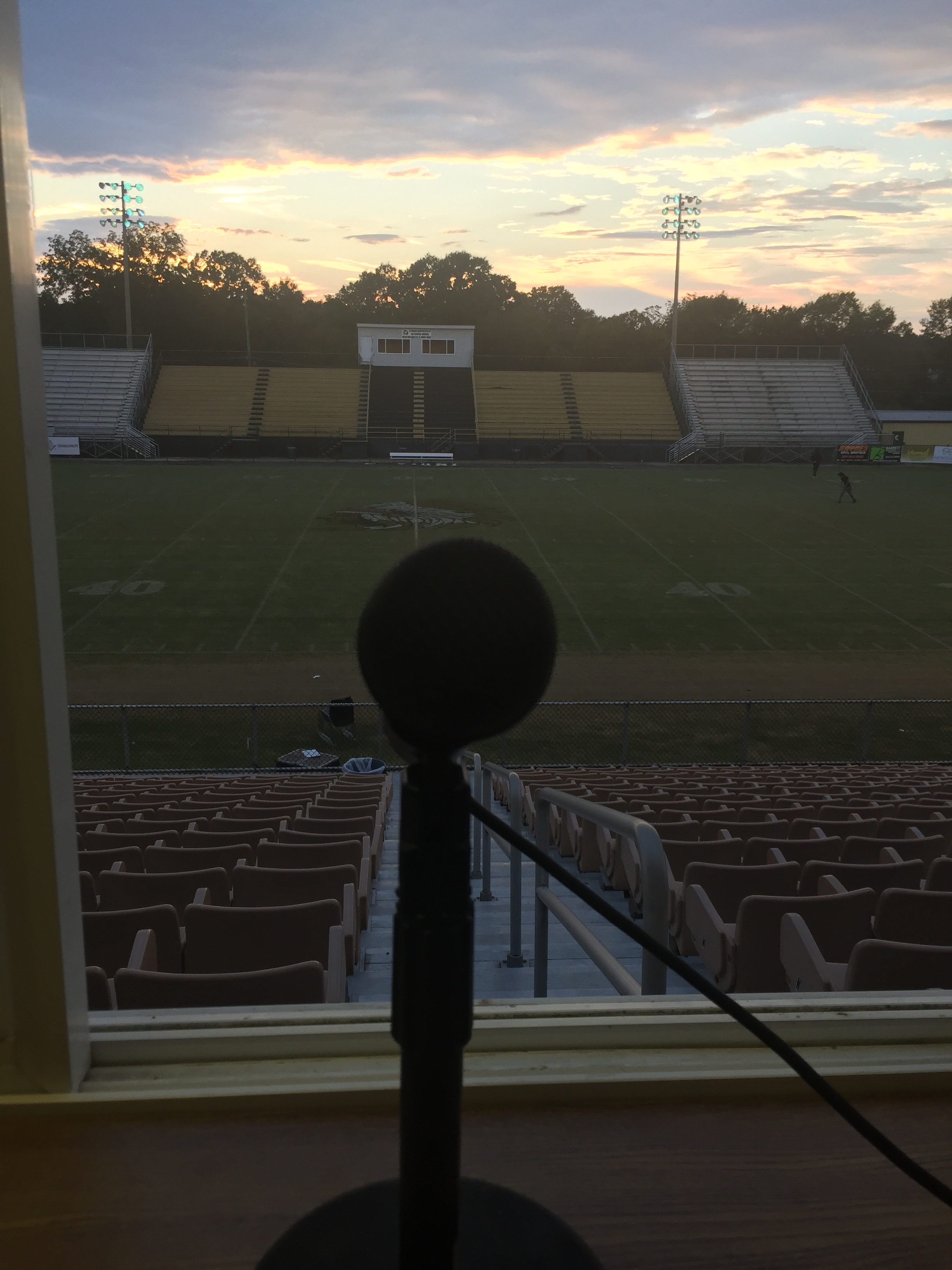