Hank Aaron the former Milwaukee Brave and Atlanta Brave, was born on February 5, 1934, in Mobile, Alabama.

Aaron stated that he and his brothers would go out into the yard with rags that were rolled up tight and throw them to each other while using a broomstick as a bat.

They would do the same with coke bottle caps.

Mobile, Alabama wasn’t the safest of places in the 1940s when Hank was growing up. In fact, according to Aaron, there were no roads, nothing but little farm roads’ he explained.

Mobile wasn’t nearly as big as it is today back when little Henry Aaron was growing up just outside of Mobile.

Even though, he grew up just a few miles outside of Mobile, he still claims Mobile, Alabama as his hometown.

Hank Aaron stated in the podcast that “Actually, I heard about it, from sleeping in the bed at night, because the Mobile Bears were farm club of the Brooklyn Dodgers, in Mobile.”

Aaron continued “I could hear the game on the radio next door, because a friend of mine would have his radio tuned to the Mobile Bears. You know I didn’t have enough money to go to game so I just listened to it.”

Little did he know at the time, that he would one day be considered one of the greatest home run hitters of all-time.

But luckily for Hank, he was able to play against Jackie Robinson on multiple occasions.

Aaron, once a little kid from a poor family in 1940s Mobile, Alabama, became Major League Baseball’s all-time home run record holder on April 8, 1974 at the age of 40-years-old.

Aaron would end his career with 755 home runs. He would hold onto the home run crown until 2007, when Barry Bonds passed him by hitting his 756th home run.

That, of course, was with the help of PEDs, so in my mind, Hank Aaron is still the greatest home run hitter of all-time. 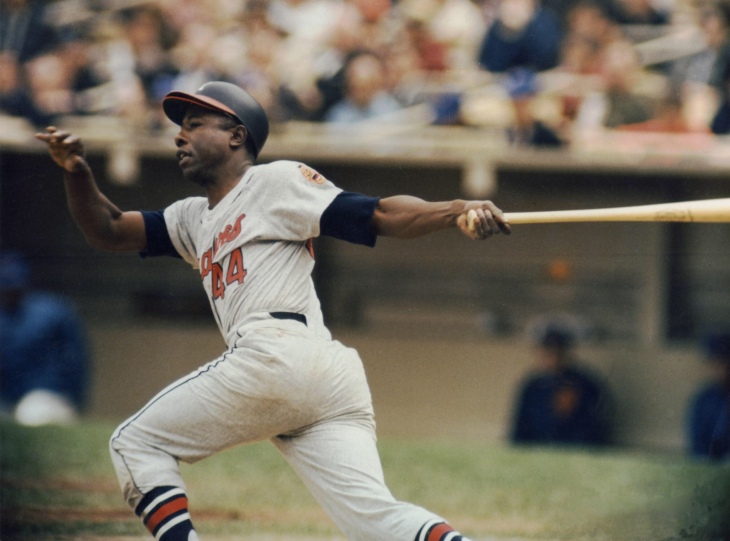