It had been a long time since the Atlanta Braves won a series in San Diego against the San Diego Padres, eight years to be exact. Their last series win in San Diego was back in 2011, when I was in the eighth grade. Eight years might not seem like a long time to us now, but in the sports world, it’s an eternity. The Braves snapped that eight-year drought with a 7-5 win in 10 innings on Saturday thanks to Nick Markakis, who leapt from the right field warning track to save the Braves 56th win of the year. On Sunday, it wasn’t much different, in the fifth inning, All-Star centerfielder, Ronald Acuña Jr. played the role of Superman as he left his feet on the center field warning track, landing almost over the wall, robbing Padres slugger, Manny Machado of a two-run home run that would’ve given San Diego a 2-0 lead. Mike Soroka was his usual self, shutting out the Friars through 7 innings. In the eighth inning, the Atlanta Braves plated four runs. In the bottom of that inning, Touki Toussaint surrendered a run, but held Andy Greene’s club right there and turned things over to AJ Minter to slam the door and preserve the Braves first series sweep in San Diego in 13 years, yes 13 years. I was eight the last time Atlanta swept the Padres on the road, I was also in the third grade. Atlanta has now won four-straight games and boards a plane bound for Milwaukee, Wisconsin, to begin a three-game set at Miller Park with the Milwaukee Brewers, Monday through Wednesday. Tomorrow’s game starts at 7:10pm CT and will pit Max Fried against Adrian Houser against each other. The Braves are now (57-37) on the season. Good things are worth waiting for my friends. 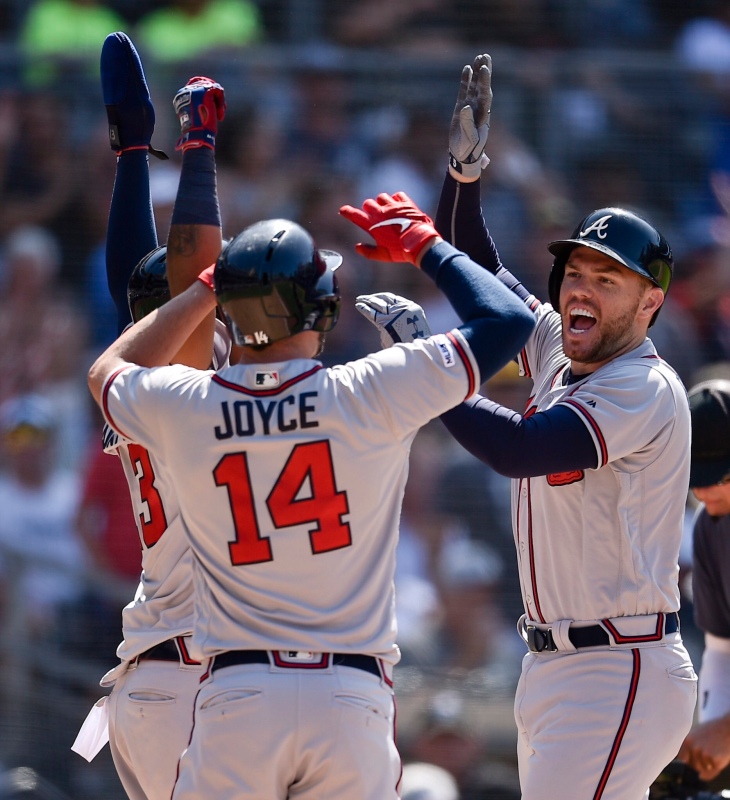