We all know that there is absolutely nothing to do in Southaven, Mississippi, but 22-year-old Austin Riley, a Southaven, Mississippi native, born in Memphis, Tennessee, begs to differ which leaves Braves fans all over the country wonder “Could this “kid” be the next big thing to come out of Atlanta?” While only in his early 20s, Austin Riley has made the quite the impression on the Atlanta fanbase over his his first five games in a Braves uniform. Going 1-for-3 in his Majors debut, that one hit? A massive 438-foot homer, 3-for-3 with three singles in his second game with three singles, 2-for-5 in his third game, 2-for-3 in his fourth game and 0-for-4 with three strikeouts in his most recent game in Atlanta. I refuse to say he’s in a “slump” after his most recent game based on his early-career numbers, maybe it was just a bad game. There is almost nothing to be mad about with this kid. Some refer to the Braves as the “Baby Braves,” as they are one of, if not the youngest team in baseball. He’s getting it done at just the right time. Not to mention, he started his first four games in left field and got the nod at third base today. Does that remind you of anybody. Coming into the series with Milwaukee, people were saying “The Brewers are on a 3-game winning streak and I just don’t see how the Braves can stop that.” Atlanta put a quick stop to that with a historic 9-run sixth inning on Friday, at one point, they were up 12-0 and saw some ninth inning troubles but came away with a 12-8 win, Saturday’s game was much closer as it lasted 10-innings but Freddie Freeman came in clutch, as he has done most of his career, turning out the lights on the Brewers 4-3 with a walk-off homer to give the Braves the series win. Sunday, Atlanta wasn’t quite as fortunate dropping game three, 3-2 in 10 innings thanks to a Ben Gamel homer to lead-off the 10th off of Wes Parsons. Atlanta finished the 6-game home stand with a 4-2 record. The 9-run sixth Friday was something that had just been done 11 times in the past 30 years. The last time the Braves scored 9 runs in an inning was May 20, 2009 vs. Colorado. I think the Braves are getting hot at just the right time with a seven-game road trip looming. The first four of which are on the West Coast against San Francisco, the West Coast has not been kind to the Braves this year, the last three are in St. Louis. The seven-game road trip kicks off tomorrow night at 8:45pm Central Time. 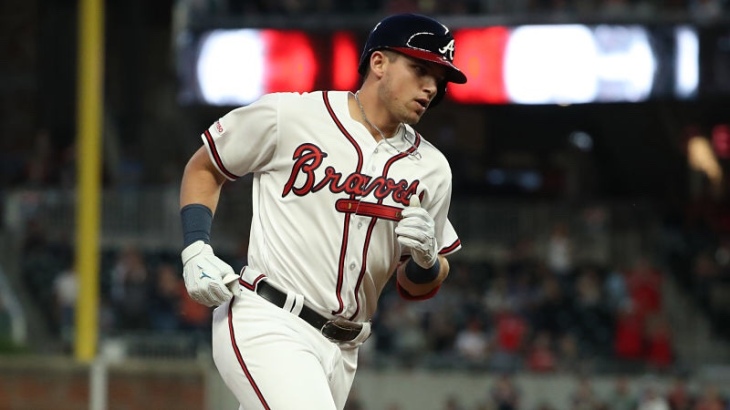